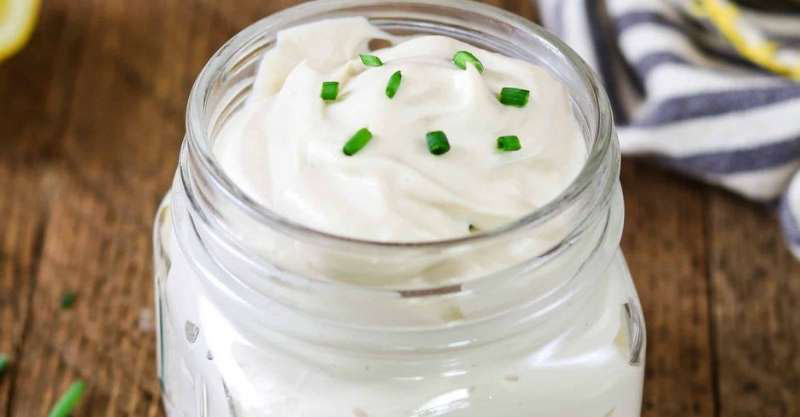 Sour cream is one of the tastiest condiments to add to several dishes. Sour cream adds something special to many dishes, from baked potatoes to quesadillas, chili, nachos, and more.

Whether you’ve been plant-based for a while or are exploring veganism, finding a delicious sour cream substitute can be challenging and expensive. There are plenty of vegan sour cream recipes floating around the internet, so we’ve gathered the best ones for you to try.

One of the main things about trying vegan substitutes for dairy items is that they don’t taste very similar to the real thing. People rave about this vegan sour cream recipe by Cookie and Kate because it tastes very close to traditional sour cream.

Kate states that while she uses the vegan sour cream on potatoes and other classic dishes, the creaminess is perfect for replacing dairy items in lasagna, enchiladas, and more. The ingredients for this recipe are similar to other vegan sour creams.

You’ll need plenty of cashews, lemon juice, salt, pepper, and apple cider vinegar. The ingredient that sets this recipe apart from the others is using a little bit of dijon mustard. It adds extra tang and complexity to the condiment.

This vegan sour cream only takes about ten minutes to make and can last for up to six days in your fridge before you’ll want to toss it and make more. The longest part of this recipe is soaking the cashews.

It would be best if you used raw cashews since they have a neutral flavor, and soaking them overnight is best. If you don’t have time to soak them overnight, you can soak them in hot water for a few hours before creating the sour cream.

Another great nut-free and vegan sour cream recipe you need to try is this one from Gimme Yummy. It’s a unique recipe that may come out thin initially, but you can leave it in the fridge to thicken up before serving.

This recipe requires coconut milk, lemon, apple cider vinegar, and oat milk. You’ll mix everything to combine and then serve. You can use bottled lemon juice, but the recipe suggests freshly squeezed is best. Either way, you’ll have a tasty vegan sour cream in minutes.

You can use this vegan sour cream recipe by Loving It Vegan on your favorite Mexican dishes, but it’s exceptionally good in a vegan mushroom stroganoff. Besides taking the time to soak the cashews, the recipe takes less than ten minutes to make.

You need to soak the cashews for 15 minutes before combining the rest of the ingredients together in a blender. The blender helps make the sour cream smooth and more like traditional sour cream.

Cashews are a holy grail in vegan cooking, but using these nuts isn’t the only way to create a tasty and creamy vegan sour cream. This sour cream recipe by My Pure Plants is safe for anyone with soy or nut allergies, but it’s also delicious regardless of your dietary preferences.

The recipe only has four ingredients and will take you about five minutes as long as you have a high-power blender. What you’ll need for this recipe is salt, apple cider vinegar, lemon juice, and sunflower seeds.

Even though the recipe only needs those four ingredients, you’re welcome to add some mustard or nutritional yeast for additional flavoring and tang.

While many vegan sour cream recipes give you the option of soaking your cashews overnight, for a few hours, or with hot water for only a few minutes, Nora Cooks only uses boiling water to soak her cashews.

This method only takes five minutes for soaking and then, at most, another five minutes to create the sour cream. Besides the boiling water and cashews, you’ll need plain unsweetened dairy-free yogurt, apple cider vinegar, lemon juice, and however much salt you think it needs.

If you use an airtight container, this recipe will keep for about a week in the fridge. If you want to make this even tastier, adding chives to the top of the sour cream adds a pop of color and extra flavor.

As with all cashew-based vegan sour creams, you’ll need to soak them overnight or in hot water for several minutes before you blend them with the rest of the ingredients. While your cashews are soaking, you can gather the rest of the things you’ll need.

Making vegan sour cream doesn’t take much time, regardless of whose recipe you follow, but this one by Shane and Simple may be the fastest one we’ve found. According to the recipe page, you can have tasty vegan sour cream in about 30 seconds.

Of course, this time frame comes from after you’ve let the cashews soak in water for one to two hours. The recipe is straightforward. You’ll need soaked raw cashews, water, lemon juice, salt, and apple cider vinegar.

You’ll blend everything together and add more salt if you feel like it needs it before serving. This recipe makes eight servings, but you can adjust the measurements accordingly if you need more or less.

This coconut cream sour cream is another great vegan sour cream option for those who don’t like, don’t want to use, or can’t eat cashews. It has a slightly different flavor profile than traditional sour cream or even classic vegan sour creams, but it’s worth trying.

This coconut cream sour cream is fast and straightforward to make. It’s the best when making Indian dishes, but you can use it as a topping for any dishes you love sour cream.

The ingredients consist of lemon juice and coconut cream. You’ll mix them together, and voila! You have a vegan sour cream.

If you have more time on your hands, then this cultured vegan sour cream is worth trying next time you need sour cream. The Minimalist Baker states that this recipe tastes the best when you give it a 48-hour resting or culture time.

The longer you can leave it resting at room temperature, the tangier it will become. So, if you love a tangy sour cream, this is the recipe.

For this recipe, you’ll need to soak cashews in hot water for an hour or in cold water for six hours. You’ll need lemon juice, apple cider vinegar, sea salt, and probiotic capsules.

The probiotic capsules are optional, but if you want this recipe to taste like what the author describes, you’ll want to use them. You’ll combine all the ingredients after you’ve blended the cashews and then let it rest for 48 hours.

Veggies Don’t Bite created a delicious and unique vegan sour cream that you need to try for your next taco night (or any night when you’re making food that pairs well with the condiment.) While the recipe calls for cashews, it’s still different enough from other vegan sour cream recipes.

You can get all the ingredients you need at your local grocery store or an online retailer. You’ll need cashews, slivered almonds, lemon juice, and distilled white vinegar. You’ll need to blend all ingredients together in a high-power blender.

After combining all the ingredients, you’ll let it sit in the fridge overnight to chill. When you pull it out, give it a good stir, and you’re ready to enjoy!

You’ll need lemon juice, vinegar, salt, garlic cloves, and tofu for this recipe. Tofu may seem like an odd ingredient for a vegan sour cream, but don’t knock it until you try it. All you have to do is measure out your ingredients and add them all to a blender and combine.

When making this recipe, you may need to adjust the amount of lemon juice, vinegar, and salt to make sure it tastes best to you.

Whether you’re using vegan sour cream as a topping for recipes or as an ingredient within another recipe, you need to try this one by The Hidden Veggies. If you’re looking for a nut-free vegan sour cream recipe, this is yet another fantastic one.

What you’ll need for this recipe is silken tofu, fresh or bottled lemon juice, salt, sugar, and cooking oil. You can use olive oil, avocado oil, or any neutral-flavored oil. You can always leave out the oil if you prefer oil-free recipes.

You’ll combine all the ingredients together, and then it’s ready to serve. You can store it in your fridge for up to five days before you’ll need to throw it away, but something tells us you won’t have leftovers from this recipe.

There are a lot of vegan sour cream recipes that require nuts, but if you’re tired of trying cashew vegan sour creams, this one with almonds may be the one you’re looking for. This recipe by Food and Story is simple and only has five ingredients.

You’ll need to blanch your almonds before you do anything else. You can use whole or halved, whatever’s easier for you. The rest of the ingredients include firm silken tofu, lemon juice, salt to taste, and apple cider vinegar.

You can use more salt for savory recipes and less salt when you want to use them in more neutral recipes. Either way, this creamy and tasty vegan sour cream will be delicious on almost any meal.

This recipe is dairy and soy-free, making it great for almost everyone. There are only five ingredients, and many of them are similar to other vegan sour creams. You’ll need almonds, water, corn starch, salt, and lime juice.

Most vegan sour cream recipes have minimal ingredients as it is, but this one by Plant Test Kitchen only has three components. There are no refined oils, and it has probiotic benefits. The main thing that makes this recipe different is that you don’t need a blender, just your hand and a spoon to stir.

What you’ll need for this recipe is salt, apple cider vinegar, and unsweetened plain dairy-free yogurt. This recipe requires no nuts or tofu. The creaminess of the yogurt is enough, but you can add blended cashews if you feel like you want it even creamier.

The prep and total time to make this recipe are only two minutes. You can prepare and serve it immediately since the yogurt is already cold. You’ll need to refrigerate it for up to a week when you’re finished.

Vegan Hugs’ vegan sour cream features many of the same ingredients as others, like cashews, lemon juice, salt, and apple cider vinegar. The one thing that sets this recipe apart from the others is the incorporation of dairy-free yogurt.

You’ll want plain dairy-free yogurt so you don’t disturb the flavor profile you’re going for. This ingredient adds that extra level of creaminess that people desire with sour cream. If you made the condiment and it’s too thick, adding a splash of dairy-free milk can help thin it out.

Next time you need sour cream for one of your recipes, you can’t go wrong with any of these delicious vegan sour cream recipes. Whether you prefer the ones that use cashews or tofu, you’ll be happy you tried this condiment on your dish.

And if you wish to combine vegan sour cream with pancakes, then check out these easy vegan pancake recipes.